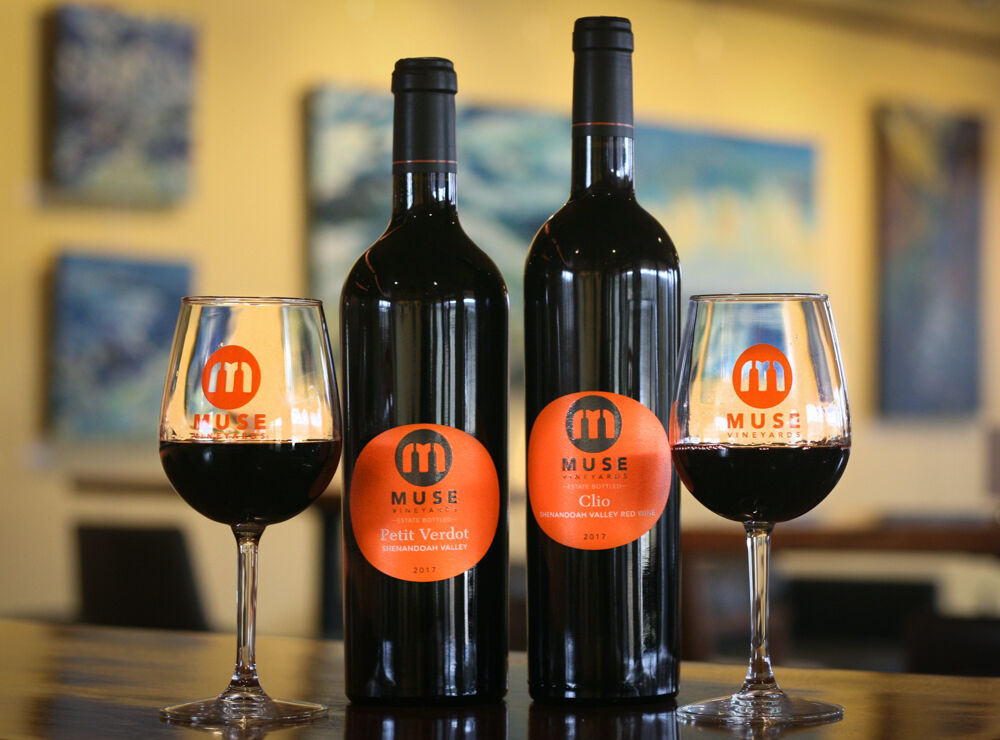 Here’s your chance to acquire two recent award winning wines! Clio 2017 has been named a Gold Medal winner in the Virginia Governor’s Cup. It follows a long line of Clio award winning wines from Muse starting with Clio 2009 which won the  2015 Governor’s Cup (best in show). A Bordeaux style blend, Clio 2017, from a very good year, was described by one of the judges as complex and expressive on the palate with notes of cranberry, red currant, black currant supported by wood notes.

While Clio took home the top honors in Virginia, its sister 2017 Petit Verdot brought home the Gold from the San Francisco Chronicle Wine Competition, the largest wine competition in the world with over 5,000 entries. Rich and powerful, fully ripe and impressively deep flavors was one critic’s comments. 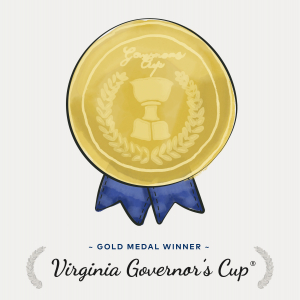 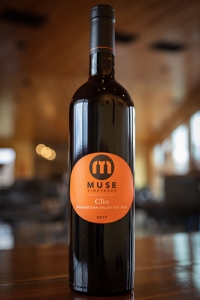 Muse Vineyard’s Clio 2017 was awarded Gold at the 2021 Virginia Governor’s Cup competition. World-class judges sampled 544 of the best Virginia wines from wineries across the Commonwealth.

Clio is a fine wine from a fine vintage. Its flavors are melded beautifully and flow seamlessly; both a sensual and cerebral pleasure at the same time. (It is a Bordeaux-style blend of Cabernet Sauvignon, Merlot, Franc and Petit Verdot.) Matured in French barrels. ABV 14.2%. 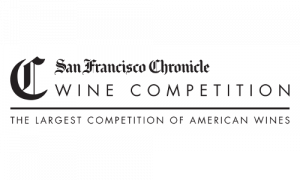 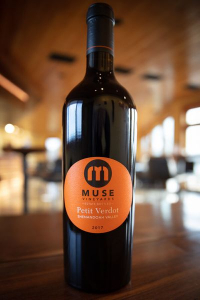 The SFCWC is billed as the largest competition of North American wines. In 2020 they judged 7,000 wines from 28 states and the country of Mexico. Over two decades the SFCWC has grown to become one of the world’s most respected and highly publicized wine competitions.

Our Gold-winning Petit Verdot 2017 is proof that Bordeaux’s orphan grape Petit Verdot has found its “forever home” at Muse vineyards in the Shenandoah Valley. The vines were in their tenth year in the warm dry vintage of 2017, their grapes ripened gently and fully. To be sure, this is a bigger wine than the ’17 Franc, but that’s its uncomplicated nature – foursquare, solid and satisfying. ABV 14%.

A Note on Pricing

Because viticulture is difficult in Virginia (heavy rains, late season rots, mildews, hard Spring frosts, cold winters, etc.) some wineries believe it justifies charging a premium for their wines. We don’t share that view – we chose to develop a vineyard and winery here and nobody should be expected to subsidize that choice. Hand-tended and harvested vines produce better wine, so the added expense of that kind of labor intensive viticulture is recouped in a bottle price that is objectively reflective of that quality. At Muse we insist on a fair value-to-price ratio, i.e. there’s no premium charged just because it’s Virginia wine – each wine we sell must stand on its own two feet as worth its price. Our quartet selections can be put up against a similar style of wine (for example, a barrel fermented white (e.g. white Burgundy) or a Bordeaux blend, e.g a Napa/Sonoma meritage) at the same retail price – assuming you can even find one in the $20-30 range – and our wine will always equal and in most cases exceed the quality of that wine. If you ever have reason to disagree, please tell us.