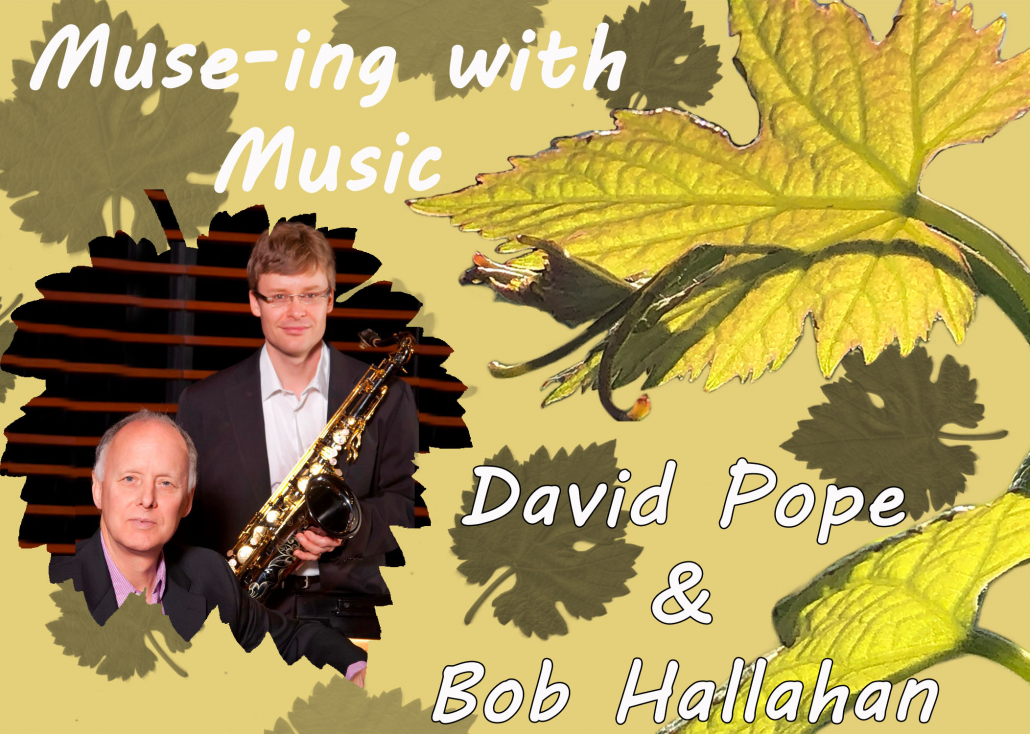 Bob Hallahan has performed and taught in a wide variety of venues and institutions around the globe, including concerts at the Kennedy Center; tours of Turkey, Russia and China; and numerous jazz clubs, such as Washington D.C.’s Blues Alley, The Jazz Standard in New York, and Nardis in Istanbul. He has been heard both as a featured soloist and with such internationally recognized jazz artists as Joe Henderson, Clark Terry and Anita O’Day. He has appeared on over 20 recordings, including his most recent, The Street Where You Live.

An assistant professor in the JMU’s School of Music a since 2010, Hallahan taught for many years at both Virginia Commonwealth University and the University of Virginia, and was artist-in-residence for a semester at Vermont’s Middlebury College.  Since 1997, he has taught every summer at Interplay Jazz Camp in Vermont.

David Pope is Professor of Saxophone at James Madison University in Harrisonburg, Virginia (appointed 2000).  As a soloist, he has performed throughout the United States, in Europe and in Asia.  As a classical and a jazz saxophonist, he has performed at the New England Saxophone Symposium, the International Society for Improvised Music (Switzerland), the International Saxophone Symposium (United States Navy Band), conferences of the North American Saxophone Alliance, and the World Saxophone Congress.

Tickets are not required for this event. You can enjoy the music and other entertainment from our terrace, upstairs deck, or our spacious grass lawn. If you would like to make a table reservation for our veranda, upstairs deck, or inside the tasting room, please feel free to do so using this link. Table reservations are not required but are highly suggested for our busy weekends and holidays and for large groups. Table reservations are never required for our lawn seating. (Please feel free to bring a blanket and lawn chairs to enjoy our groomed lawn.)

Along with our award-winning wines, we offer lunch and other delicious food offerings. You are welcome to bring your own food for a picnic on our lovely groomed lawn. Outside food is not permitted in the Tasting Room, the Veranda, or the Deck, however. Outside alcohol is not permitted anywhere on the property by Virginia state law.