The Story of Muse is Steeped in History 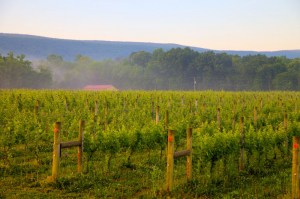 Muse Vineyards is a family vineyard in the heart of the Shenandoah Valley where science, passion and reverence for the tradition of classic wine making converge to produce award-winning wines.

In 2015, Muse’s 2009 Clio, a Bordeaux-style blend, was named Virginia’s top wine and awarded the coveted 2015 Virginia Governor’s Cup, besting over 400 entries from across the state.

At Muse Vineyards, we devote to time-honored farming and wine production techniques in homage to the domaine vineyards of France and Italy. Rarely larger than 35 acres and often family-owned and operated for centuries, these vineyards represent for us the ideal of artisanal, premium wine making.

Muse’s proprietors are husband and wife, Robert Muse and Sally Cowal. Robert is an international lawyer who (as an Arizonan) trained as a barrister in England. Sally is a former United States ambassador who is now Senior Vice President of Global Cancer Control at the American Cancer Society. 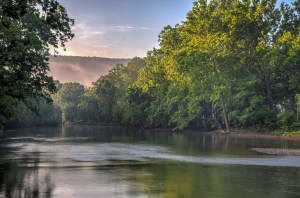 There’s always a river. Like many Americans, farming is a large part of Robert’s background.  In the 17th Century, his French Huguenot ancestors came to America and settled on the banks of the Potomac where they started planting tobacco. Their property adjoined George Washington’s birthplace.

In 2003 Robert and Sally drove to Woodstock, Virginia to look at a property with an overgrown vineyard. They bought the property specifically for the vineyard and began working to resuscitate the vines. 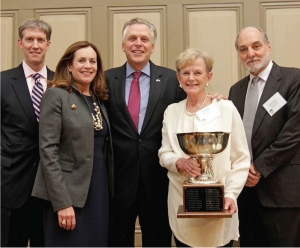 Robert & Sally next purchased a 200-year-old Mennonite farm adjacent to their property on the banks of the Shenandoah River and expanded to thirty acres of vines. After much research they learned how to combine the qualities of Muse’s soil, its topography, and its proximity to the river to produce a range of exceptional wine grapes.

Muse has planted some twenty different grape varieties. According to Robert, “The varieties we’ve planted produce interesting wine: for instance, Sangiovese is the grape from which Tuscan wines are made, mid-weight with cherry notes; while the Nebbiolo grape produces the complex wines of Italy’s Piedmont region. We use those grapes and others to produce bold reds that are refreshing, food complimentary wines.”

The Result: Exceptional Wines Crafted with Care, Patience, and Expertise.

According to Robert Muse, Muse Vineyards’ viticultural philosophy and practice is that of minimalist agriculture. “We aim for as few sprays as possible.  Our commitment is to employing only the latest generation of low-impact materials and taking great care when and how we use them. Every function from pruning to harvest is done by hand.” 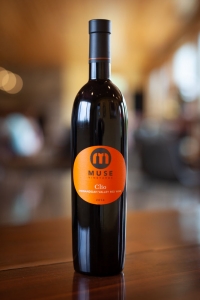 “It sounds a little mystical, but its true, when grapes are allowed to speak for themselves,” Robert notes, “they speak of the place where they were grown. They speak of the climate. They even reveal things about how the vines were treated.  But, just as many abused life forms become mute, you can silence vines through adulteration of their fruit. There are catalogs with hundreds of things to add to a wine in the winery. Resist the impulse.”

Muse chooses to make its Chardonnay using the classic Burgundy method of fermentation in oak barrels. This adds to the complexity of the wine. “But,” Robert explains, “there still remains a fine line between winemakers pursuing their own visions – and then trying to pour the results down the throats of consumers – and being respectful of other’s preferences. Honestly, nobody’s right. Nobody’s wrong. As long as a wine’s cleanly made from grapes grown with integrity, drink what you like and be confident in your choice.”