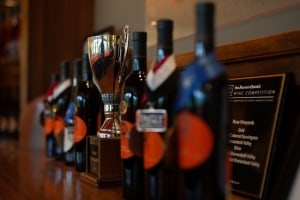 James Suckling is one of the world’s most influential wine critics. He recently rated 880 American wines using the 100-point scale. A wine rated 90 points or more, according to Suckling, “is outstanding [and receives a grade of] ‘A’.”

Our Blanc de Blanc Chardonnay scored 90 points with Suckling calling it “dry and delicious” and “full bodied with almond character.” For the holidays we are doing a ten case limited release this month of this sparkling wine from our 2015 Chardonnay harvest, produced by the classical Champagne method and aged “sur lie” for 2 years.

The 2017 Thalia, a blend of Roussanne, Marsanne and Viognier, was rated 91 points by Suckling and described as “rich and full-bodied with tons of orange and pineapple character…textural complexity.” It’s on the tasting menu – and for wine club members it is part of the November Trio.

Finally, Suckling gave 91 points to our 2015 Petit Verdot, citing its “bright aromas of currants with hints of cloves and tar.” This wine also features in the November wine club selection and is available by on-line order or in the Tasting Room.

Closer to home, Scott Hendley, founder and editor of the Alexandria-based National Wine Review (NWR), gave the Petit Verdot 93 points and called it “among the finest PVs made in VA. Robust & savory with suggestions of black and blueberry preserve…finishing long over notes of black tea and tar.”

And as for the Thalia, Scott rated it a 92, and noted its golden color “with impressions of peach tart, hazelnut, and crème brulee finishing with florals and citrus zest…Lush and layered”.

And finally, the NWR  awarded 91 points to Muse Vineyards’ “outstanding” Cabernet Sauvignon which is “chock-full of macerated blackcurrant, chewy tannins and great purity on the palate…all the hallmarks of classic Cabernet”.

We pass on the following story from our friends  Zaro Weil and Gareth Jenkins who live in Languedoc, France. Gareth wrote:

Last June we had lunch with French friends.  We were about to leave our home in southern France for a visit to the USA which would include visiting you at your vineyard.  We mentioned this in conversation and the response of our friends – one of whom had lived and worked for twenty or so years in Atlanta, Georgia – was: “Virginia?  That’s hard to believe.  We have never heard of a good wine coming from Virginia.  The climate is all wrong, too cold in winter, too hot in summer, and the soil is far too rich…. Besides, what do they know about wine in Virginia?”

We agreed that Virginia did indeed present some challenges, but insisted that our American friends, by dint of much study and experimentation, had indeed achieved the impossible and were producing fine wines following traditional French/Italian single estate wine making methods.  We were listened to politely, but we had clearly not convinced our lunchtime hosts.

Last night the same French friends came to dinner at our house.  Our apéritifs were accompanied by a crémant from Alsace, before we moved to the dinner table and began our meal with a salad of rocket, feta, candied pecans, roasted beets and sweet potatoes.  We said nothing about the wine we were serving and did not display the bottle.  The first person to taste the wine commented with delight: “This is a remarkable wine, truly delicious.”  The others tasted the wine, and each outdid the other in expressing their appreciation.  This was not simply dinner party politeness, but a genuine coup de foudre at discovering a fine wine.  “But who is the vigneron?”

This was our cue.  “The wine is called Clio and was produced in 2013 from Cabernet Sauvignon, Cabernet Franc, Merlot, Petit Verdot and Malbec grapes, in the style of a Bordeaux Médoc.  But it is not a French wine.  I don’t know if you remember, but when we had lunch together in June we told you about a friend producing wine in the Shenandoah Valley of northern Virginia?  This is a wine from that vineyard.”

There was no escape for our French friends.  Game, set and match to Muse Vineyards.

We wish you all the best in the coming holiday season.
-Sally Cowal & Robert Muse

Open ’til 8:00 p.m. Thursday, Friday, and Saturday.
Lunch specials Friday through Sunday.
We look forward to seeing you. 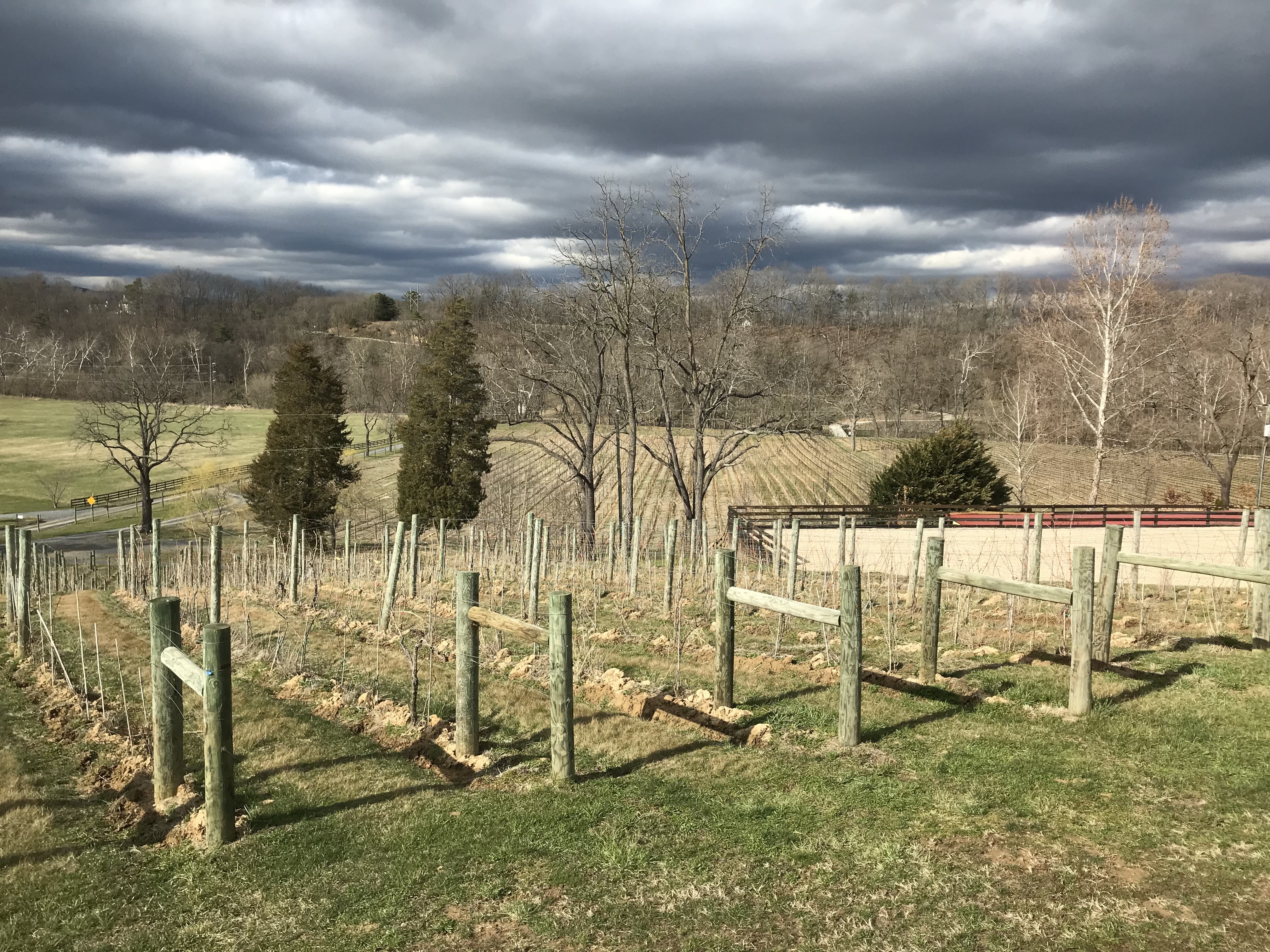 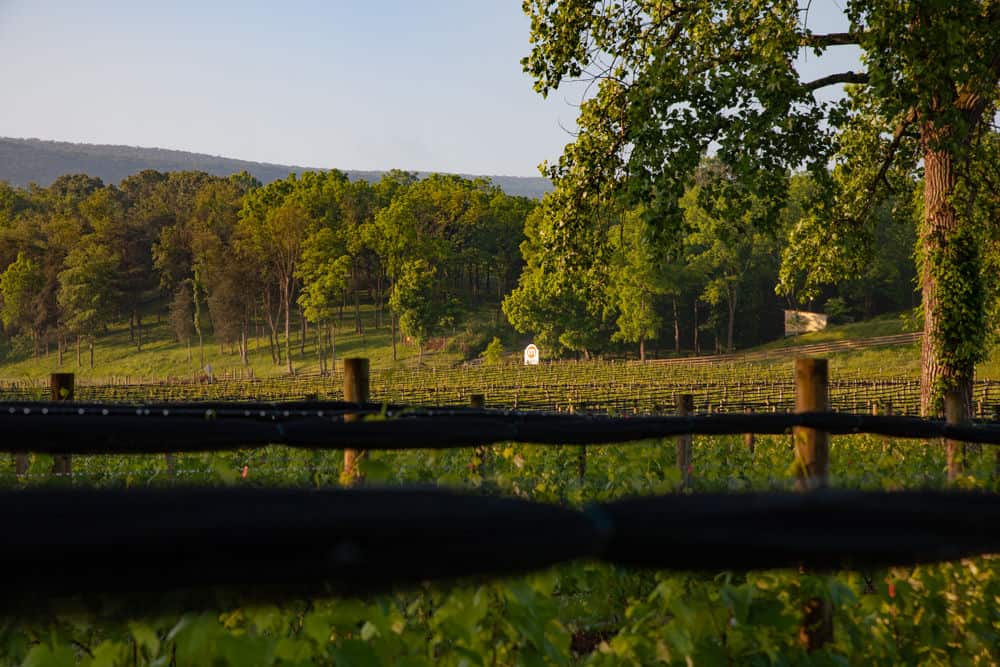 Heading for a Good 2019 Vintage
Scroll to top